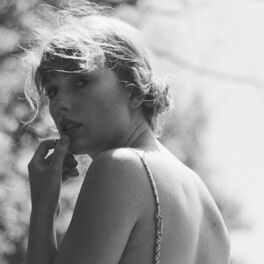 folklore: the yeah I showed up at your party chapter

Taylor Swift is, quite simply, a global superstar and songwriter of her generation. Taylor is a ten-time Grammy winner, a singer, songwriter, musician and producer. She is the first female solo artist to win the music industry’s highest honor, the Grammy Award for Album of the Year - twice! Taylor is Billboard’s first-ever Woman of the Decade recipient along with being the youngest-ever Woman of the Year honoree and the only artist to have been awarded this nod twice. Taylor is the American Music Awards’ Artist of the Decade, the only artist in history to have four consecutive albums sell over one million copies in their week of release (Speak Now, RED, 1989 and reputation) and the only female artist to have six albums each sell at least 500,000 copies in a single week (Fearless, Speak Now, RED, 1989, reputation and Lover). Oh, and did we mention she is a Brit and Emmy Award winner too. Taylor Swift is a household name whose insanely catchy yet deeply personal self-penned songs transcend musical genres. Music critic Jody Rosen once called Taylor “a songwriting savant with an intuitive gift for verse-chorus-bridge architecture” in Rolling Stone. Her songs are glimpses into her diary. The thread that connects her to audiences worldwide but it’s the intangibles that elevate Swift into the stratosphere of our pop culture planet, allowing the 30-year old singer-songwriter to orbit in a more rarified air. It’s her fight for artist’s rights and ownership of their work. It’s taking a stand for LGBTQ rights and equality. It’s publicly calling out President Trump for “stoking the fires of white supremacy and racism your entire presidency.” In addition to her activism, it’s her numerous large-scale charitable contributions to organizations such as the World Health Organizations’ COVID-19 Response Fund, NAACP Legal Defense Fund and direct help to tornado, flood and hurricane victims in Tennessee, Louisiana, Iowa and Houston just to name a few. However, it’s in the small gestures – the notes of compassion she posts on her fan’s Instagram photos, the genuine hugs she distributes without discretion – where Taylor proves time and time again that multi-platinum selling, record-setting success has not changed her inherent nature. She is honest and powerfully empathetic; a loyal friend, fierce protector of hearts; and one of the world’s greatest ambassadors for the power of just being yourself.