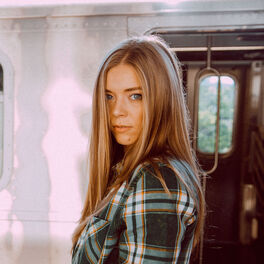 Piece of Me (Remixes)

All My Love (Remixes)

Better Off Without You (Joel Corry Remix)

Better Off Without You (Acoustic)

When the UK pop singer Becky Hill had a number one record in 2014 with the song 'Gecko (Overdrive)' she became the first contestant from the TV reality talent show 'The Voice' to have a chart-topping record. The song was a joint effort with the Dutch DJ Oliver Heldens and the track became an international hit launching both performers' careers. Prior to releasing 'Gecko (Overdrive)' Hill had already had a taste of chart success when she was featured on the platinum-selling 'Afterglow' released in 2013 by the English producer and remixer Mark Wilkinson.

In August 2017 she released the EP 'Eko' before releasing the single 'Back & Forth' in 2018, a collaboration with the American producer Marc Kinchen and the English songwriter Guy Robin, which reached number 12 in the UK charts. In 2019, she released the singles 'I Could Get Used to This' with Weiss and 'Wish You Well' with Sigala.