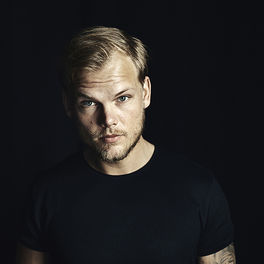 Addicted To You (Remixes)

My Feelings For You

I Could Be The One [Avicii vs Nicky Romero] (Remixes)

Swedish DJ/producer Tim Bergling, known professionally as Avicii, first came to public attention as an 18-year-old remixing tracks in his bedroom in Stockholm. Growing up listening to a wide variety of music he became interested in the house genre as a result of the influence of Swedish House Mafia and Eric Prydz. He later signed to EMI and had his first international hit in 2010 with 'Seek'. Other major hits swiftly followed, notably 'My Feelings for You' along with remixes of tracks by Tiësto, Robyn and Bob Sinclair.

Much in demand for studio work, he had another hit in 2011 with 'Levels' featuring an Etta James vocal sample, which broke into the top ten in 15 countries and received a Grammy nomination for his David Guetta collaboration 'Sunshine'. Further hits included 'Silhouettes' and 'I Could Be the One' and in 2013 he released his debut album 'True' which featured collaborations with Nile Rodgers, Mac Davis and Incubus. The album included his massive global hit 'Wake Me Up' which, featuring vocals by Aloe Blacc, topped the charts across ten countries. Other hits that quickly followed include 'You Make Me', 'Hey Brother', 'Addicted to You' and 'Lay Me Down'.

In 2014, while he was touring Europe, he cancelled his upcoming shows due to health problems. Shortly after he revealed his new single 'The Days', a collaboration with Robbie Williams. He went on to perform at various festivals around the world including Australia's Future Music Festival in 2015 where he showcased 'Heaven' with Chris Martin. In 2016 Avicii announced his retirement from touring to allow him to focus on his upcoming EP, 'Avicii (01)' (2017).

While staying in Muscat, Oman in April 2018, Avicii died at the age of 28. The following year his third studio album 'Tim' was released posthumously featuring the single 'SOS' which arrived in June, with all proceeds from album sales to go to the mental health awareness charity, the Tim Bergling Foundation, in his memory.