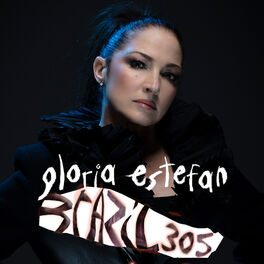 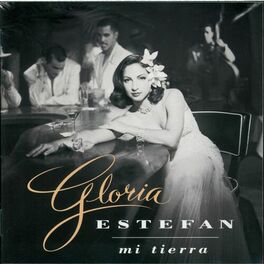 The Very Best Of Gloria Estefan

At My Front Door

My Heart Became of Age

The most successful Latin American singer of the 1980s and 1990s, Gloria Estefan (born Gloria María Milagrosa Fajardo García on September 1, 1957) has sold more than 90 million albums worldwide. After moving from Cuba to Miami when she was just two, Estefan grew up singing and playing the guitar. She first found success as part of Miami Sound Machine, featuring Emilio Estefan whom she married in 1978, and the group's string of Spanish-language albums proved a hit across the US, Europe and in Latin America throughout the 1980s. Buoyed by the popularity of their female lead singer, the group renamed itself Gloria Estefan and Miami Sound Machine in 1987, releasing some of their most successful singles shortly after; including “Rhythm Is Gonna Get You” and “Anything for You.” Estefan went solo two years later in 1989 with debut solo album Cuts Both Ways, featuring the Number 1 US single “Don't Wanna Lose You.” She then disappeared from the music scene, after being involved in a road accident, until her 1991 album Into the Light. A brief move away from mainstream pop saw her release two Spanish-language albums, Mi Tierra (1993) and Abriendo Puertas (1995), before she returned to English with Destiny in 1996, featuring “Reach,” the theme to the Olympic Games held in Atlanta that year. She followed up with the dance-pop euphoria of Gloria! (1998) and the Caribbean-tinged Alma Caribeña (2000), which earned the singer her third Grammy Award in the category of Best Traditional Tropical Latin Album in 2001. Estefan switched back to English once again for 2003’s Unwrapped and returned to the top with 90 Millas (2007), which went straight to Number 1 on Billboard’s Top Latin Albums Chart and received a Latin Grammy for Best Traditional Tropical Album. Preceded by the Number 1 hit single “Wepa,” the dance-oriented Miss Little Havana (2011) saw the light of day four years after Estefan’s last LP and featured production by studio savant Pharrell Williams. In subsequent years, the singer reinterpreted the Great American Songbook in The Standards (2013), which reached Number 20 on the Billboard 200 Chart, and reimagined her greatest hits through the kaleidoscopic lens of Brazilian music in Brazil305 (2020).