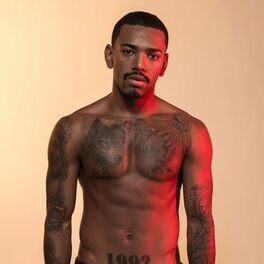 Me Solta (Me Solta na Copa)

When Leno Gomes, better known as Nego do Borel, released his debut single 'Os Cara do Momento' on YouTube in 2012 nobody would have predicted it would go on to accrue over 50 million views and establish Gomes as one of the country's most popular musicians. Gomes went on to prove he was no one-hit-wonder by following up the hit with other successful songs such as 'Diamante de Lama', 'Bonde dos Brabos' and 'Você Partiu Meu Coraçao'.

He was born in 1992 into a family who lived in Morro do Borel, a notoriously deprived area of Rio de Janeiro. He left school early whilst still in fourth grade and began to pursue his dream of becoming a musician. The success of 'Os Cara do Momento' led to numerous TV appearances and soon afterwards Gomes signed to Sony. He released two albums, 'MC Nego do Borel' and 'É Ele Mesmo' in 2014 and a third 'Nego Resolve' in 2015.

Having established himself as a successful funk artist Gomes has continued to record and release singles but has also begun a promising career as an actor.