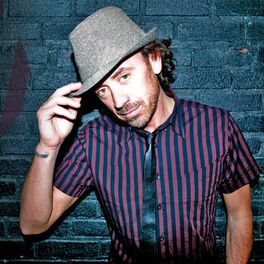 Dance The Pain Away (Remixes)

DJ and producer Benny Benassi was brought up in Reggio Emilia, a small Italian town north of Milan. He began his professional career working as a producer in Larry Pignagnoli's Off Limits production studio where he worked on material for artists such as Whigfield, J.K. and Ally and Flo. The experience gained with Pignagnoli came to fruition with the release of his first hit single 'I Feel Fine' featuring vocals by the Italian singer-songwriter Dhany.

This was followed by 'Satisfaction', a single which went on to define Benassi's style following it's release in 2002. The song was promoted by a witty, risqué video which went on to garner more than 33 million views on YouTube and launch Benassi's career to an international audience. The 'Satisfaction' video was later parodied by various people and the ensuing exposure made the song an even bigger hit. The album from which the single was lifted went on to become the best selling Italian album sold outside Italy in 2005.

Benassi has now released four studio albums, the most successful of which is the 2016 'Danceaholic' which went to number seven in the Billboard Dance listings.