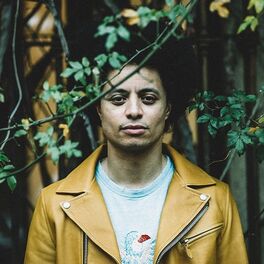 No Beginning No End 2

Love In A Time Of Madness

Yesterday I Had The Blues - The Music Of Billie Holiday

While You Were Sleeping

No Beginning No End

For All We Know

Nobody Knows My Name

Just The Way You Are

You Know What It Do

In the Mood: Sexy Pop

José James is an American jazz vocalist who draws on hip-hop and soul influences as well as inspiration from jazz greats such as Billie Holiday and John Coltrane. His 2013 album 'No Beginning No End' topped Billboard's Jazz Albums Chart, went to number seven on the Top R&B Albums Chart and number 15 on the Top R&B/Hip-Hop Albums Chart. 'Yesterday I Had the Blues: The Music of Billie Holiday', released to mark the late jazz singer's 100th birthday, went to number five.

Born in Minnesota he studied at the New School for Jazz and Contemporary Music in New York's Greenwich Village and made his recording debut with 'The Dreamer' in 2008. His 2010 release 'For All We Know' peaked at number 42 on the Jazz Chart with his most recent record 'Love in a Time of Madness' being released in 2017. He paid tribute to influential singer-songwriter Bill Withers with two videos and a 2017 tour that was set to continue in 2018 when his schedule was to include performances in Colorado, California and Washington and at the Newport Jazz Festival in Rhode Island.