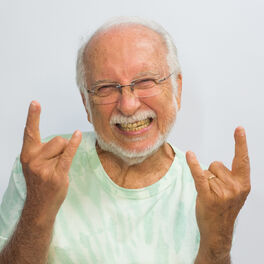 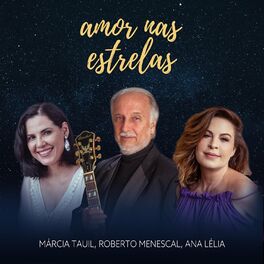 The composer of bossa nova classics like "O Barquinho," "Ah, Se Eu Pudesse," "Errinho à Tôa," "Nós e o Mar," "Rio," "Você," and "Vagamente," Roberto Menescal has, since the mid-'60s, been listed among the most celebrated and active composer-guitarists in Brazilian jazz history. 1965's The Boy from Ipanema Beach showcased his playing style on bossa standards by Tom Jobim and Vinicius de Moraes with "Desafinado," "Girl from Ipanema," and "Samba Verao." For the remainder of the decade, he was an arranger and record producer for PolyGram, producing for the tropicalistas Maria Bethânia, Gal Costa, Gilberto Gil, Jorge Ben Jor, and Caetano Veloso. After his 1985 hit Um Cantinho, Um Violão, Menescal founded his own label, Albatroz, in the mid-'90s. He collaborated with vocalist Wanda Sá on four albums in the latter half of the decade including Swingueira. In the new century, Menescal joined Bossacucanova, his son Márcio Menescal's trio, as a featured guest on the Six Degrees-issued Brasilidade, which was nominated for a Latin Grammy. While he only cut one more solo album during the period -- 2000's Bossa Evergreen -- he worked with a host of Brazilian music's biggest stars including Sá, Marcos Valle, Veloso, and João Donato, for the next decade-and-a-half. In 2020, he was co-billed as a collaborator for the second time on Bossacucanova's Bossa Got the Blues. Menescal started his professional career in 1957 as Sylvia Telles' sideman (on guitar) in a tour around Brazil. In 1958, he opened a guitar school in Copacabana (Rio) with Carlos Lyra, having as his pupils Nara Leão and his sister Danuza Leão. He formed the Conjunto Roberto Menescal the same year with Luís Carlos Vinhas, João Mário, Henrique, and Bebeto, one of the first instrumental bands of bossa nova. The group accompanied Dorival Caymmi, Vinícius de Moraes, Billy Blanco, Maysa, and Telles. Also in 1958, he was part of a touring group with Telles, Carlos Lyra, and other artists in a show at the Clube Hebraica (Rio), where the words "bossa nova" were used (inadvertently, by the club's secretary) for the first time to advertise the event. Having taken part with his group in the recording of Garotos da Bossa Nova in 1959, he participated in the I Festival de Samba Session at the Teatro de Arena theater of the School of Architecture at the State University of Rio de Janeiro. Such informal venues were important vehicles for bossa nova among the middle-class university people who were more inclined to absorb and disseminate it, and Menescal was instrumental for the promotion of such concerts in 1959, 1960, and 1961. In 1959, he had his first recorded composition, "Jura de Pombo" (with Ronaldo Bôscoli), by Alaíde Costa. His "O Barquinho" (with Ronaldo Bôscoli), a bossa nova classic, was simultaneously recorded by Maysa, Perry Ribeiro, and Paulinho Nogueira in 1960. In 1962, he accompanied Maysa in her Argentinian tour and, with Eumir Deodato's group, he performed in Marlene's program on TV Rio, having been hired for two years with his own group to back up artists on that TV station. In November 1962, he participated in the historic Bossa Nova Festival at Carnegie Hall in New York with Tom Jobim, Carlos Lyra, and others, interpreting "O Barquinho" in one of his few performances as a singer. From 1964 to 1968, he worked as an arranger and, invited by André Midani, started to work as an independent producer and arranger at PolyGram. In 1968, he accompanied Elis Regina in her performance at MIDEM (International Phonographic Market and Music Publishers) in Cannes, France, and on her subsequent European tour, after which he took a job in A&R at Polygram. Already established as a major producer (having worked with Caetano Veloso, Gilberto Gil, Jorge Ben Jor, Gal Costa, Maria Bethânia, et al.), and instrumentalist (as a sessionman he worked with Lúcio Alves, Maysa, Claudette Soares, Nara Leão, Jair Rodrigues, and Elis Regina), he had several compositions of his own included in soundtracks of broadly popular TV soap operas and also wrote music for the cinema (Bye Bye Brasil and Joana Francesa, both by Cacá Diegues, and Vai Trabalhar Vagabundo by Hugo Carvana). In 1985, he accompanied Nara Leão on the LP Um Cantinho, Um Violão. The next year, he abandoned his career in A&R and dedicated himself to his solo work. He also began participating in jazz projects with the likes of Joe Henderson. In 2001, he participated with Wanda Sá, Danilo Caymmi, and Marcos Valle in the Fare Festival (Pavia, Italy). Menescal also owns the Albatroz label, which has released albums by Danilo Caymmi, Emílio Santiago, and others. In 2020, Menescal collaborated with Mario's Bossacucanova for Bossa Got the Blues, released by Six Degrees. ~ Alvaro Neder, Rovi