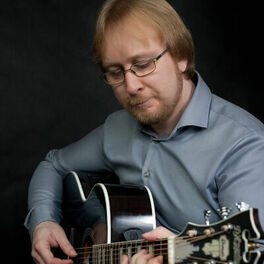 The Baroque Ball (From "Cruella") (Instrumental)

A Whole New World (From "Aladdin")

All The Stormy Days To Come

The Lady of Marionville

Rhythm of the Rain

I started studying the violin at the age of 8 and later picked up the guitar at 12, as a self-taught. By that time I had already been singing all my life and started writing my first songs at the age of 14. I’ve been playing and singing ever since, and have a long experience performing live with several bands for all kinds of events, in the Czech Republic and abroad. In 2006 I founded Elthin a Czech ensemble specialized in music from the Middle-Ages and Renaissance, with whom I’ve been performing regularly, mainly in the context of historical festivals or for private events. We have recorded 5 albums so far: “Elthin“ (2006), “Veris Dulcis“ (2009), “Musica Ioculatorum“ (2013), “Rex Histrionum“ (2017) and “Medieval Christmas Songs“, Vol. I“ (2019). My debut solo album, “Zrání“ – a collection of songs I composed with lyrics by Luděk Schmoll – was released in 2018. I’ve been actively working on different projects these past years, recording cover songs from video games or TV / movie soundtracks. In 2019, I recorded “Copper and Tin“, an album based on songs from the Poldark series, with French cellist Roxane Genot with whom I co-founded my own recording label (Green Monster Records) the same year. I’m currently working on my second album of Czech original songs and on several projects including video game soundtracks.