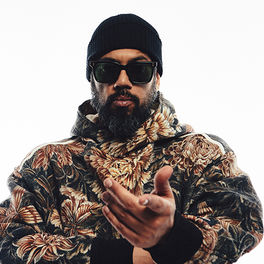 Am I My Brother's Keeper?

Am I My Brother's Keeper?

When his self-titled debut album went to number two in the German charts, rap artist Samy Deluxe found himself at the forefront of a rapidly growing hip-hop movement of German rap, a style which blended US style rap with western European influences. He was born Samy Sorge, the son of a Sudanese immigrant who had moved to Hamburg in the late 1970s. Sorge had a conventional German education and was brought up in a middle class district of the city where he often felt out of place with the mainly white residents of his neighbourhood. At the age of ten he became aware of rap and hip-hop and his interest in music eventually led to him being signed to EMI.

His debut album went gold at a time when the hip-hop movement in Germany was beginning to gather momentum and Sorge was catapulted into the spotlight of the German music business. With seven solo albums to his credit and successful collaborations with DJ Dynamite and Afrob, Samy Deluxe has become an established figure within German rap and hip-hop. His image and popularity have even led to a business tie-in with clothing giant Reebok who market a pair of sneakers and a baseball cap endorsed by the artist.