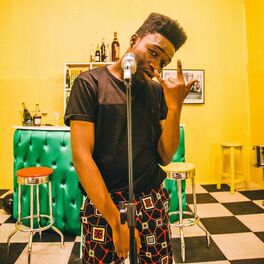 Party Up, Get Paid

My Heart to Your Soul

Born and bred in Johannesburg, Manu WorldStar, real name Emmanuel Mutendji, is an emerging hip hop artist with his sights firmly set on reaching the pantheon of South African musical greats. Manu first gained national acclaim in 2017 when he competed in the popular hip hop talent search, Vuzu Hustle, eventually placing in the top 10. But Manu’s journey truly began in 2015 when he made the final four of music competition, Jack Scouts. This experience saw him mentored by industry heavyweights K.O, Culoe de Song and DJ Speedsta. Over the past few years, Manu has been featured on a host of media lists, including: Live Magazine’s“13 artists to look out for in 2016” alongside the likes of EmTee, Nasty C and Fifi Cooper; “Mixtape of the Week” on Slikouronlife for his debut mixtape From now on, call me Manu; “Fresh young artist to look out for” on Zkhipani; and “7 Rappers to Watch in 2017” on Superbalist.