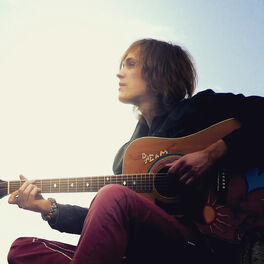 Max Goedecke is a singer-songwriter from Cologne, Germany, who released his self-produced debut album Newspeak (Deluxe) in 2018. On this record, he mixes indie-rock elements with folk and postpunk. It was praised in international reviews and his voice was compared with Jack White. Now, Max has formed his band Max Goedecke & The Rosy Views to present a rocky interpretation of Newspeak to his live audience. During the Corona lockdown in Germany, Max produced his live album The Quarantime Session Volume 1 . It contains 2 originals and 4 covers of Max' childhood heros. On 13th July 2020, Max new studio recording Good Damn Girl was released. It is Max first production with the Belgium producer Nick Benoy. Praise for Newspeak: "Goedecke [..] emerges as a fierce talent on Newspeak who bridges the divide between nostalgic anthemic rock and contemporary indie-rock charm." - MIKE MINEO, Obscure Sound, 16th April 2018 "‘Slowly to Sink’ the second track is perhaps my favourite here at the moment and really shows off Max’s distinctive pleasantly raspy voice which here takes on a Jack White-esque lilt. […] It’s the kind of song you hear and know that if the artist runs with this then bigger things are just around the corner." - MARK DIGG, The Rock Pit, 2nd June 2018