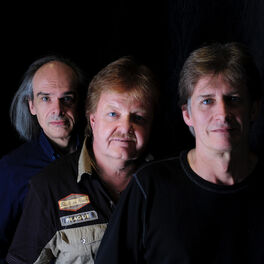 For a Better World

Back On The Run

Hold On To Your Dreams

Chance Squire is a German melodic rock band from Hamburg - founded on 22.09.1980 by Klaus Rieger, Wolfgang Vorpahl and Nikolas Beyer. The band name literally means "daring nobleman" and is supposed to symbolize the never-ending dream of a better world with the legendary Pegasus in the band logo. The repertoire always consisted exclusively of self-written and self-composed songs. The incredible "Chancy-Squire-Sound" with strong influences from the styles Americana and New Country is mainly characterized by the polyphonic vocal harmonies and acoustic guitars. With this sound the band (since 1982 in a larger line-up) was able to inspire a growing fan community at many concerts in the well-known music temples of Hamburg and the surrounding area in front of up to 1,500 fans until 1985. After all the band members had pursued their personal goals independently of each other in the meantime, there was a reunion in 2011 after 26 years in which it was decided to continue the success story of Chancy Squire and to revive the music project "Revival". Initially, only older recordings and self-produced videos were published on Myspace and YouTube with great success. At the end of 2014 the decision was made to produce the album "For a better world". For this purpose some newly composed and several old songs were rearranged and recorded. In the end, only Klaus Rieger, Wolfgang Vorpahl and Michael Austermeier were available for this project, which is the current line-up of Chancy Squire. https://www.chancysquire.com