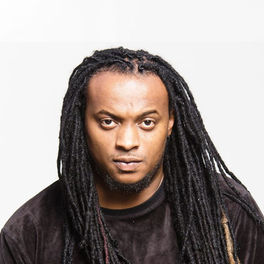 Loreta Kba founder of KBA in the 90s, influenced by big names such as TWA; Nigga Poison; Valete is one of the leading exponents of Hip Hop Rap Crioulo in Sintra Line, loved by many viewed with indifference by some captivates with is voice and unmistakable talent in Hip Hop Rap Crioulo. Has raised KBA in the hip hop world with the Tchapo seen in various events has a legion of fans everywhere. Seeking improvement continues his work in front of the group along with the Tchapo backed by Oscar Kba and Zizisso the four have made great progress in hip hop in Mira Sintra and Sintra line, collaborating with other hip hop Creole names have some songs with the same, Released one MixTape two Albums, video clip and several participations in cultural events touting the hip hop Creole and joining the African communities. He gave several concerts in Luxembourg, France, Spain, Portugal, and in his homeland Cape Verde. Important Milestones The April 20, 2013 released the first album in Paris entitled Desde Sempre para Sempre in partnership with Debora Monteiro publicly launched in 2014 the sound Fotos Ka Ta Mata Sodadi which was very well received by the general public. In August of that year he gave his first concert in Cape Verde in the Cockpit. In the same year he launched the Dmt Album, a project in partnership with the The Last Hope, and had the participation of two artists, Jackpot and Filipe Gonçalves in Survives. On 25 December 2015 launched solo album Santos & Pecadores, Vol. 1