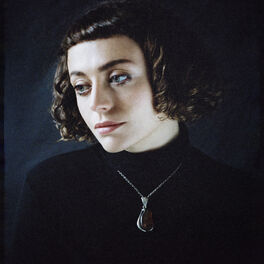 Charlotte Spiral is a collaboration between Amy Spencer and Avi Barath; two musicians that have been involved in multiple projects before coming together as Charlotte Spiral. Having met at Goldsmiths, the pair connected due to their mutual love of artists such as Rufus Wainwright, Julia Holter, Moses Sumney, Yann Tiersen and Beach House, and their inherent desire to write music that is lyrically driven and built upon organic piano melodies. The group’s debut EP Ideal Life was released in February 2020 and confronted themes of self-hood, self-doubt, yet ultimately self-belief. The lead track, ‘Wide Eyed’, was produced by Charlotte Spiral and Dan Carey (Kae Tempest, Bat For Lashes, Sia); evincing vocals that are lush and nostalgic, soaring above ethereal piano and polished production that are consistent features of the band’s output. Charlotte Spiral’s follow up EP New Light is set for release in Spring 2021 and builds on the same introspective themes of the band’s debut. Their first single ‘New Light’ examines the internal conflict between living in the moment and wishing you were elsewhere. Recorded both remotely and in-person with consistent collaborator Dan Carey, New Light is both a reaction to, and a product of, Charlotte Spiral’s experience of lockdown as an extended period of self-reflection.