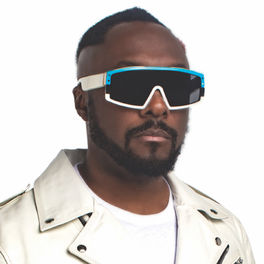 T.H.E (The Hardest Ever)

Reach For The Stars (Mars Edition)

Tales from The Script: Greatest Hits

will.i.am has been at the forefront of the contemporary American hip hop movement for over 20 years. He is known as a rapper, songwriter, producer, actor, and entrepreneur, and globally as a founding member of the critically acclaimed Black Eyed Peas, a group that has found themselves back on the charts after an eight year hiatus. Over the years, will.i.am has experimented with many different musical projects outside of the hip hop arena. On his 2013 album #willpower, he collaborated with an extensive and diverse host of artists, including David Guetta, Swedish House Mafia, Afrojack, Britney Spears, Miley Cyrus, Nicole Scherzinger, French Montana, Wiz Khalifa, K-pop group 2NE1, and others. He is also known for his production work on a number of releases for well-regarded artists such as Michael Jackson, U2, Mariah Carey, Justin Timberlake, Fergie, Kelis, John Legend, Lady Gaga, Kesha, Nicki Minaj, and many more. More recently, he has released singles with artists such as Steve Aoki, MC Kevin o Chris, Papatinho, and Pia Mia. will.i.am has been recognized by seven Grammy Awards, an Emmy Award, a CLIO Award, the World Economic Forum’s Crystal Award, and an Honorary Fellowship by the Institution of Engineering and Technology. He is also involved in a number of charitable initiatives and world organizations, including the World Economic Forum, and his own i.am Angel Foundation which supports STEAM education programs for disadvantaged youth.