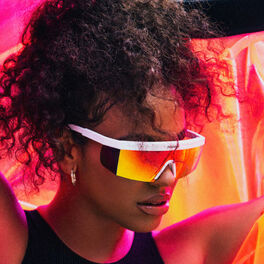 Formerly Niska, Kanis is a Haitian-American recording artist with strong ties to her native community and the international Haitian Diaspora. With a desire to disprove the stereotypes and misconceptions about Haiti, her lyrics reveal a different side of her homeland, one that reflects its creativity and beauty. The multi-faceted singer-songwriter finds her inspiration in the rich culture and Haiti’s innate musical influence, she drew from the various different genres, combining Haitian Racine, Rap Creole, and Hip-Hop, and released her first studio album in December 2017, entitled Eneji. Singles from her album, including Vèvè Lokal, Atè, and Pitit Tè a, immediately rose to the top of the Haitian music charts, Kanis introduced a new sound to Haiti, one that rapidly grew her fanbase, putting her on the map as the #1 Haitian female rapper, a phenomenon overnight. She began touring throughout the United States, the Caribbean, and Europe. Her debut release in the french market TIC TOC landed on the opening slot of Cut Killer Show on Skyrock, and on rotation on MOUV, Mix Radio, TRACE Urban, amongst others. With Rave reviews from BooskaP and other outlets, KANIS unleashes bangers after bangers.