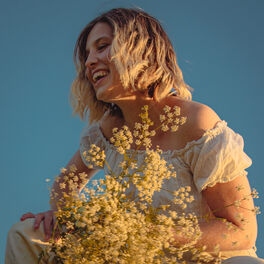 Ready for the Fall (Acoustic)

Ready for the Fall

Try to Love You

How I Feel (Acoustic)

Cara Hammond is a soulful singer-songwriter from North Wales who picked up her first acoustic guitar at the age of 11 and began to write her own songs. Growing up in the late 90s & early 00s Cara was heavily influenced by strong female vocalists and iconic performers such as Beyoncé & Alicia Keys. As Cara reached her teens, music from the likes of Amy Winehouse, Lana Del Ray & Ben Howard became her inspiration as she began to weave her lyrics into more intricate melodies. In July 2020, Cara released ‘twenty four hours’ EP , a homemade collection of songs, written, produced and mixed by the upcoming indie-pop singer-songwriter during the quarantine, with the help of her fans. The songs were written using ideas sent in by fans on social media. Cara then wrote each song in twenty four hours, for their premiere performance on her weekly Instagram livestream. Cara self-released her first 2 EP’s on SoundCloud in 2012, & after gaining momentum, released a third EP 'Ray'. Cara’s previous singles ‘Ready For The Fall’ ‘Good Times’, ‘Try To Love You’, ‘How I Feel’ and ‘Such A Mess’ picked up support from no less than 11 New Music Friday playlists on Spotify around the world - an incredible achievement for a brand new, independent British artist. She was also featured in BBC Introducing’s Hotlist for 2019.