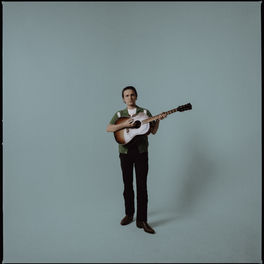 The Worst In Me

In 2018, Homemade Lemonade, a debut album that was tightly written and eclectic, revealed the young French-Canadian singer-songwriter, Theo Lawrence, and his band The Hearts to the world. His second album, Sauce Piquante, is due for release in autumn 2019, but without The Hearts. It’s an album about time—time passing and time to come; regrets, possibilities, deceptions, love; things that have been and gone, things you have and then lose. And about how to live, as the soul swings back and forth between the two. That’s what drives the songs. ‘If I walk into a bar, what music do I dream of hearing? There are a few songs on the album that get close to that, I think.... I want to write festive songs,’ says Theo, ‘songs that make you want to dance and forget.’ The heart of the album, then, is a free-flowing simplicity, with more than one song stripped to its bare essentials. ‘Every time I pick up my guitar and try to write something, it’s an attempt to live up to those songwriters who have stayed the course, whose songs have lost none of their freshness over time, with just the bare bones—a voice, a guitar, a mood....’ If the aim was to state his identity, then Theo has succeeded. Seven of the songs were produced by Mark Neill (who has worked with The Black Keys) and recorded at his studio in Valdosta, southern Georgia, in February 2019. The rest were recorded at the Studio Delta, near Belleville in Paris. When you ask Theo about influences, he mentions Doug Sahm and The Sir Douglas Quintet, a good-times band from the Sixties that mixed soul, rock & roll, country and Tex-Mex. Then Marty Robbins for his sleek country-pop, Willie Nelson for the songwriting and the Balfa Brothers. Plus swamp blues, Cajun music, gospel and bluegrass. Theo is up to his ears in American music. All the songs on the new album were written by him, with a bit of help sometimes for the lyrics from his girlfriend Leila and his new guitarist Thibaut, frontman for the Bordeaux blues band, The Possums. Playing alongside Theo and Thibaut are Bastien (drums) and Julien (organ and piano) from the same outfit, and Theo’s loyal bassist, Olivier, there from the beginning. Switching musicians was a logical move—a way of upping his game by removing the safety- net. ‘In the beginning, I wanted to make a festive album, something simple and forthright. But the ballads won out in the end.... I can’t help it, I guess. I tried to use the fewest minor chords possible. It’s my natural reticence, perhaps. Besides, if the words are sad, you don’t want to overdo the music. It’s more moving that way.’ In 2019, the eyes of the world are fixed so firmly on the future that anything with an ear to the past is a bit suspect. Theo Lawrence isn’t running a museum, however: he’s looking to write the next instalment. The title of the new album, Sauce Piquante, comes from a song by the Cajun artist, Jimmy Newman. That’s Theo to a tee. There are twelve songs in all, and together they’re a sort of twenty-first-century lasso thrown around the American pipe dream by a young musician from Gentilly. Like thousands of artists before him, Theo Lawrence has gone down to the crossroads and made that pact with the devil: ‘One day, I’ll write the perfect song.’ Yet rather than feast on the past, he has opted for a certain sobriety, using fewer chords and arrangements and aiming straight at the listener‘s heart. His music today is the kind you hear on the streets at night, a music that draws you into some anonymous bar in the secret hope that something will happen.Sauce Piquante is a vital album, eager to move beyond influences and genres. And the songs are his own: proud, fragile, exciting. You can bet he’s already thinking about his third album. It’s just the way he’s made.