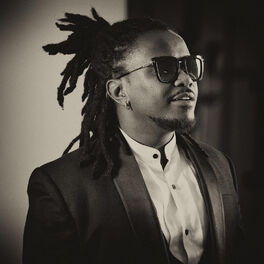 Kenya by Nviiri The Storyteller

“...to some music fans, he is a new artiste, while some remember him from his days as one third of a popular all boy Kenyan rap group. That’s what almost 10 years away can do to a music personality / brand...” Nyashinski is an award-winning Kenyan pop, hip hop and R&B artiste. Nyashinski, real name Nyamari Ongegu is a Kenyan pop, hip-hop and R&B artiste. He was one third of popular all-male Kenyan rap trio - Kleptomaniax - made up of Collins (Collo) and Robert (Roba), formed while still in high school. Kleptomaniax went on to release several singles including Haree to Tuendelee to their biggest hit Swing, and eventually their debut album titled “M4E” (Maniax 4Ever) in 2005. In 2006, Nyashinski left to join his family in the US, pursuing business interests while at it. In 2015, music called him back home, and immediately released a duet with top artiste Nameless, titled “Letigo”. Nyashinski has so far released thirteen (13) successful solo singles; Now You Know (May 2016) – which became the 1st ever video by a Kenyan rap artiste to hit 1 million YouTube views. Mungu Pekee (Oct 2016) which became the first ever Kenyan lyric video to hit 1 million YouTube views, Aminia and Malaika (a same-day double audio and video release May 2017), Hayawani (Dec 2017), Bebi Bebi (Feb 2018), KEBS (July 2018), Hello (August 2018) Free and Finyo (Nov 2018), Marathon Runner (Mar 2019), Balance (Aug 2019) and Lift Me Up ( Dec 2019). Nyashinski has also collaborated with various artists among them Sauti Sol for Short & Sweet & Tujiangalie, Tanzanian artist Jux for In case You Don’t Know, and Nigeria’s Patoranking for Nakupenda. Nyashinski appeared in 2 seasons of Coke Studio Africa (2016 and 2017), producing megahits and renditions with the likes of Yemi Alade, Trey Songz and Mafikizolo to name a few.