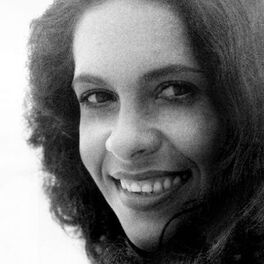 A Pele do Futuro Ao Vivo

A Pele do Futuro

A legend of Brazilian pop, Gal Costa helped introduce tropicalia music to the world in the 1960s and grew from a bohemian, counter culture songstress into a rebellious diva. Born in the city of Salvador in Bahia, she discovered the music of bossa nova great Joao Gilberto while working in a record shop in her teens and became friends with a young activist songwriter called Caetano Veloso. With Veloso she was part of a groundbreaking stage show called 'Nos, Pour Exemplo' in 1964 and, at a time when Brazil was ruled by a strict military regime, Costa was part of the tropicalia art movement which mixed cool bossa nova melodies with African rhythms, avant-garde flamboyance and the psychedelic, revolutionary ideas of the times.

After moving to Rio De Janiero, her first recording was a duet with Veloso's sister Maria Bethania and she released a string of singles under her birth name Maria da Graca before her debut 1967 album 'Domingo' produced the major hit 'Coracao Vagabundo'. She was also part of the landmark 'Tropicalia: Ou Panis est Circenis' album in 1969, which featured Veloso, Tom Ze, Os Mutantes and Vicente Celestino and was seen as a rallying call for the new generation as she defined her funky, dreamy, soulful style on her solo albums 'Gal Costa', 'India' and 'Legal'.

Other hit singles included the loungey, sun-kissed magic of 'Nao Identificado', the jumping, psychy samba shuffle of 'Divino, Maravilhoso' and the carnival classic 'Festa Do Interior' from double album 'Fantasia' in 1981; Costa's new-found vampish sexuality earned comparisons to the likes of Janis Joplin and James Brown. In later years she developed more into an elegant show-stopping torch singer and in 2011 she reunited with Veloso for the album 'Recanto'. Recognised as an influential superstar of Latin music, Costa returned again in 2018 for her 37th studio album 'A Pele do Futuro' featuring guest appearances from Marila Mendonca and Maria Bethania.