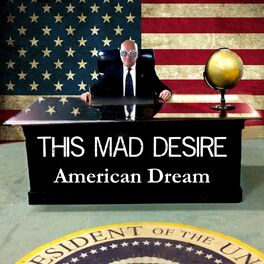 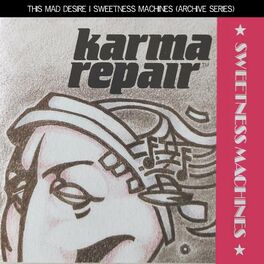 Operators Are Standing By

ABOUT THIS MAD DESIRE This Mad Desire is Mackenzie Kristjon’s rock’n’roll brand whose music has been described as like "Neil Young on David Bowie drugs". Mackenzie won his first national songwriting competition as a teenager and has never stopped writing. He has toured through Canada, UK, Iceland and Europe with TMD and with chamber-pop group Barzin. 2017 and 2018 saw Mackenzie working with hit producer Mark Zu-bek (Zedd Records). The videos for Operators Are Standing By and twin English/French songs Paris of Love and Paris Amoureux were produced by Digital Canaries in Hamilton, Canada. They have been seen hundreds of thousands of times. ABOUT AMERICAN DREAM This Mad Desire's new album American Dream has been described as containing 'timeless songs de-signed for the times. It includes collaborations with hit producer Mark Zubek (Zedd Records, Toronto) as well as Dan Konopka (OK Go, Los Angeles). Recorded over two years, many of the basic tracks were recorded at the Hamilton Public Library's Dundas branch, which has a music studio in the children's department. As there is a community-minded focus to the album, this added to the public art dimen-sion of the record. Fans of Jane's Addiction, Smashing Pumpkins, and OK Go will find something to love on This Mad De-sire's American Dream, which includes covers of Elected by Alice Cooper (fitting for election year), What the Astronaut Noticed And Then Suggested by iconoclastic Canadian singer-songwriter Bob Wiseman, and an (unwitting) collaboration with Leonard Cohen on Perfect Ring. Any profits from the song Perfect Ring will be donated to mental health services. Lyrics for Perfect Ring are by Leonard Cohen. After finishing the track Antifa and the Supremacists with Dan Konopka, Kristjon was randomly as-saulted in Hamilton by a meth addict, who severely disfigured Kristjon's face, recovery for which took almost a year. Said Kristjon, “Certainly, this was an unfortunate accident, and luckily, my face has re-turned basically to normal. When they first took off the bandages, I looked like a Klingon! And poor Dan. He had just recorded his drum parts for Antifa and then he saw me post on Instagram my ‘new look' i.e. covered in blood and looking like a dog's breakfast. Because I sing about the Russians and street justice and fake news and all this stuff in the song, I think he feared that this was a targeted at-tack by some upper level government strike team! Totally random and totally awful.” Regarding the Leonard Cohen connection, Kristjon said, “I initially wrote Perfect Ring while in high school in Thunder Bay. A friend close to my early high school band had a friend who had committed suicide, and she asked me to set music to this poem which was supposedly her last writing. I sang this song in her honor for years. Eventually, on a bus in rural Manitoba, I was reading an anthology of Leo-nard Cohen's poetry and came across what turns out had been the lyrics I'd been singing all along! It's easily one of my favorite songs I've ever sang.” This Mad Desire's American Dream has been released in the middle of a global pandemic and an election year that has seen the best and worst of American society, and this album shines a musical spotlight on the vicissitudes of American life. Aside from the streaming services, the current lyric videos provide a refreshing look at American life and also a contrast with the song Reykjavik Shuffle. See/hear everything at yotube.com/thismaddesire and thismaddesire.net.