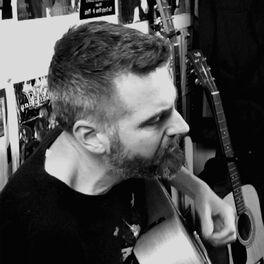 Lion in the Closet

Inspired by interconnectedness and human interaction, Trevor writes heartfelt songs with engaging stories that bring the listener into his world. His performances are honest, powerful and dynamic. In 2020, after a series of live solo acoustic shows throughout 2018/19, Petrie released his collection of acoustic performances recorded live at Mouse Mountain Studios in the Regional Victorian township of Kyabram. The release gained him praise and recognition for his songwriting: "The album captures you right from the start, championed by Trevor’s tenderly charged vocals and sombre and heartfelt sounds that leave you hanging on his every word" - Talia Rinaldo, "This is where Trevor shines, his ability to convey a story across to his audience…. Live at Mouse Mountain is very much an album focused on storytelling, with an emphasis on thought and idea conflict." - Alex Lynch. Petrie has recently announced an upcoming 2022 release titled "If We Fall". Artist biography by Poppet Head Records. All rights reserved.