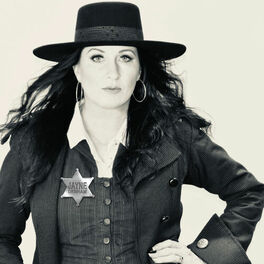 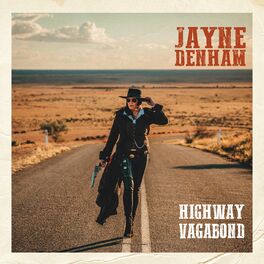 Hung up on You

Better Make It a Double

Three-time Golden Guitar nominee, Jayne Denham is one of Australia's most admired and sought-after country rock performers. Her impressive and relentlessly energetic live shows have earned her countless opportunities performing for VIP crowds at Keith Urban's Sydney shows in conjunction with appearing as a featured artist at all of the major Australian country music festivals including CMC Rocks, Deni Ute Muster, Gympie Music Muster, and the Tamworth Country Music Festival. Having gone from strength to strength with her most recent two singles – Porch Party (featuring Jasmine Rae and Amber Laurence) spending weeks in the Australia’s Country Hot 50 Radio Chart and achieving Top 10 status; and Black Coffee and White Lines garnering over one million streams across all platforms in its four weeks (including the video featuring the iconic Ice Road Truckers) Jayne is poised to return to the live scene with a dynamic that has defined every one of live shows, which she performs with her rocking four-piece band. In 2017, her high-octane reputation caught the attention of US promoters, who invited her to perform at the Great American Trucking Show in Dallas, Texas, leading to a demand for her to be constantly touring America for the past two years. Also known for her trucking songs, her deep connection with American audiences and the trucker community led to Jayne becoming Ambassador for the Women In Trucking Association, in the US. Jayne has written and recorded with some of the biggest names in the business including producer Brian White, and writers Jerry Salley, Phil Barton, and Jennifer Schott, Jayne recorded her most recent album, Calamity, in the home studio of Rascal Flatts’ Jay De Marcus, who played bass on the album. With her ability to tell a story that captures the imagination through her songs, Denham has scored four #1 smash hits in Australia, six Top 10 songs in the National Country Charts, 12 videos that have reached the Top 30, including a number 1 placement for Hung Up on You, which garnered a million streams within 6 months of release. Jayne has also been nominated for six Country Music Channel (CMC) and Three Golden Guitar Award finalist placings.