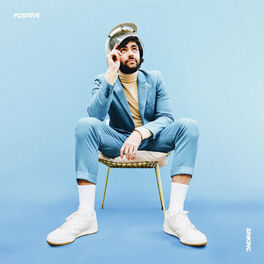 Time I Spent I'll Never Get Back

When Things Started to Ignite

Lose yourself in a haze of sound with Gumshoe (Phil Hampson). Hailing from the North West of England. Gumshoe was brought to life by solo-artist, songwriter and producer Phil Hampson in 2019 with the electrifying release of When Things Started to Ignite and the bonafide Time I Spent I'll Never Get Back. Hampson has successfully combined noir and subtle '80s new-wave influences to create a unique neo-noir sonic landscape, though a deeper-rooted chorus of post-punk and dark desert tones are certainly not lost in the technicolour. Developing a diversified taste for music in his teenage years, Hampson began songwriting and playing in bands as early as 14 years old. At 17 years he had his first official release, described as an "inescapable sound that remains formidable and darkly appealing" he attracted comparisons like; "the sort of immersive vocals that evoke a more eloquent but no less mesmerising version of Joy Division". Future releases saw him work with renowned producers Gavin Monaghan, Bryan Wilson, Dan Carey (Fontaines D.C., black midi) and Brett Shaw (Foals, Lady Gaga). It was these invaluable studio experiences that inspired him to begin building his own home studio. With 2021, dawns the new single Sayonara and the eagerly anticipated debut LP, Positive Sinking. Wrap your ears around them.