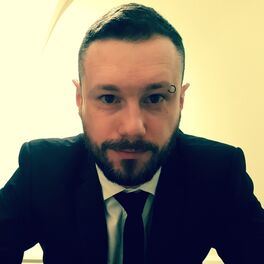 2b or Not 2b in Love? (Original Soundtrack)

I Shaved for This (Original Soundtrack)

The Beam of Light

Rémi Brossier is a French born London based music composer. Combining cinematographic orchestral based music fused with other eclectic music genres and styles makes his work as unique as he is. He always conveys powerful emotions via a wide range of techniques, renews his approach and his work for each project thanks to his versatility and strikingly pushes boundaries when telling epic adventures or intimate stories with imaginative scores. His most attractive features and also constant goals are to move and surprise the audience in order to keep them engaged and provide the best experience. With that said, Rémi delivers every time. His biggest influences include Mark Isham, Hans Zimmer, Harry Gregson-Williams, Jesper Kyd, Tyler Bates, Nobuo Uematsu, Junkie XL and many more… Rémi started making music 15 years ago when he very quickly felt the need to create his own material while growing a love for movie scores. He continuously explored, to that day, the endless possibilities of music. He decided to offer his artisanal composer skills a few years ago and is now known for his work on several short films, a feature film, a teaser for a ‘Silent Hill’ video game and the documentary ‘Mexican Wave’. So far, his biggest achievements are: - the short film ‘BURN’, which has already won 3 awards for best short film at the 17th Shriekfest Film Festival in Los Angeles, the Glasgow Horror Festival and the Macoproject Online Film Festival in New York. - the feature film ‘White Powder’ for which he created a full length original score and accompanied the film’s promotion. The film won an award for best narrative feature film at the Miami Beach Film Festival and best trailer at the Miami Wide Screen Festival, Florida. Rémi is currently working on his 3rd collaboration with both ‘BURN’ director, for another short film, and ‘White Powder’ writer/director, for another feature film.