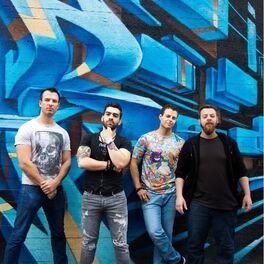 Welcome to the Industry - EP

Ragdoll Sunday are a progressive rock band with a line up from around the globe but based in Europe. They blend a number of influences from the rock musical spectrum to create a range of songs, enabling them to play diverse bills since 2016. A band capable of genuinely reproducing their sound live, Ragdoll Sunday always receive praise for their live performances, known for their energy & authenticity. These live performances earned them the chance to tour as main support to ex-Nightwish vocalist Tarja Turunen in 2017. Their debut EP 'Immigrant', engineered by Brian Virtue (30 Seconds To Mars, Audioslave, Finch) was released in January 2018, with 4 distinct songs demonstrating their repetoire. Over this first release, comparisons as diverse as Avenged Sevenfold, Explosions In The Sky, Alice in Chains & Sick Of It All can all be drawn, but with a distinct & truly original voice. With a real & organic growing fanbase & a slew of material waiting to be released, the band plan to soon record their full debut album & subsequently tour in support.