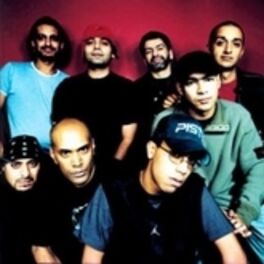 A History of Now

The Signal and the Noise

A History of Now

Top International hits - the best music of the mom

From its humble origins within a community based education project, the Asian Dub Foundation has grown into a band with a worldwide following appearing at major festivals such as Glastonbury.

The band was the brainchild of Aniruddha Das who ran an education workshop where he was assisted by John Pandit. Pandit's work within community music earned him an MBE in 2002, an honour he subsequently turned down. Pandit's anti-establishment stance is reflected in the track 'Fortress Europe' lifted off the 2003 album 'Enemy of the Enemy'. The lyrical content is critical of European immigration policy with references to burning villages in Kosovo and machine guns on the cliffs of Dover.

A 2016 tour of Italy by the band was part funded by the UK Arts Council helping them to promote the soundtrack they wrote for the George Lucas film 'THX 1138'.