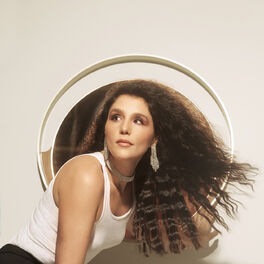 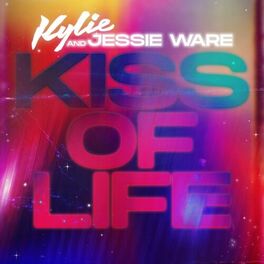 Remember Where You Are (Single Edit)

Save A Kiss (Single Edit)

by The Magic Gang, Jessie Ware

Originally starting out as a backing singer for close friend Jack Penate, Jessie Ware lent her soulful vocals to tracks by a number of underground dance producers before becoming an electro-pop diva in her own right. Born on October 15th, 1984 in West London as the daughter of BBC's Panorama reporter John Ware, Jessie appeared on SBTRKT's debut album and worked with dubstep stars Joker and Sampha as she steadily built a reputation for turning 1990s R&B into understated, emotional, dancefloor anthems. After singles “Running” – aided by a Disclosure remix – and “110%” became club hits and received plenty of airplay from BBC 1Xtra, her debut album Devotion in 2012 shot to number five in the UK and was shortlisted for the Mercury Music Prize. Produced by Dave Okumbu from The Invisible, it showcased Ware's growing songwriting talent while drawing comparisons with Katy B, Sade and Grace Jones and earning two BRIT Award nominations for British Breakthrough Act and British Female Solo Artist. Her second album Tough Love was released in 2014 with the lead single of the same name receiving much airplay thanks to BBC Radio 1's Zane Lowe naming it his Hottest Record; the album achieved the number nine spot on the UK Albums Chart and number eleven in Scotland. While working on her third record, Ware co-wrote the track “New Man” with Ed Sheeran for his ÷ record and provided backing vocals on two other songs on the album. In 2017 she released the first single, “Midnight”, from her third album, Glasshouse; the album featured collaborations with Sheeran as well as Francis and the Lights, Julia Michaels and Cashmere Cat, and reached number seven in the UK. Channelling audible influences from disco and hi-NRG music as well as a retro aesthetic into her ensuing album campaign, she returned in 2020 with What’s Your Pleasure?. Featuring production credits from Simian Mobile Disco and Last Shadow Puppets member James Ford as well as Radio 1’s Benji B and cult favourite Midland, it reached number three in the UK charts, garnering virtually universal praise from critics. A short film to accompany the release of single “Remember Where You Are” was released in February 2021, which depicted Ware wandering the desolate streets of central London amidst the coronavirus pandemic.