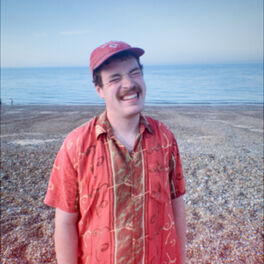 Sfven is an alt-pop artist from Derby who makes heartfelt bedroom pop influenced by the likes of Bon Iver and Flume” (Dork). Inheriting his stage name from a hard drive that all of his songs are stored on; Sfven (aka Jamie Clarke) started the project whilst at Leeds College of Music. Since then the 21-year-old has honed in on his craft as an electronic artist that produces & delivers smooth and infectious vocal and melody hooks. He defines his style as ‘sad stories entwined in happy tunes’. Taking inspiration from the likes of Louis the Child, Bon Iver, Flume & Whethan; his lo-fi debut EP ‘Like I love u’ quickly caught the attention of BBC Radio 1’s Annie Mac and the station’s new music champion Jack Saunders whilst landing him support across the UK music press, and on the Radio 1 playlist via BBC Introducing. On stage he’s backed by his live band the ‘Mango Chutneys’ (named so for their versatility), and will return to the live circuit off the back of sold out debut shows in Leeds and London pre-lockdown and an album written during the pandemic for release in 2021.