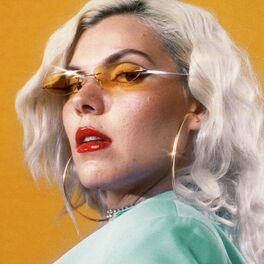 The Brazilian singer known as Duda Beat was born Eduarda SimSes in Recife, Pernambuco in 1987. She began singing in the school choir and as a teenager sang in a covers band with a group of friends. At the age of 18 she moved to Rio de Janeiro to study medicine and paid her way through college by working as a cleaner and performing songs in bars at night. Eventually the prospect of becoming a performer began to appeal more than becoming a doctor and she discontinued her studies to concentrate on a full-time singing career. She met the music producer Tomás Troia and he helped produce her first album along with drummer Gabriel Bittencourt and keyboard player Lux Ferreira.

The album contained three stand-out tracks, 'Todo Carinho', 'Melting' and 'Bixinho' with the latter becoming a viral hit on Brazilian social media. The success of 'Bixinho' led to the singer being invited to perform at a series of prestigious festivals throughout Brazil in 2019.