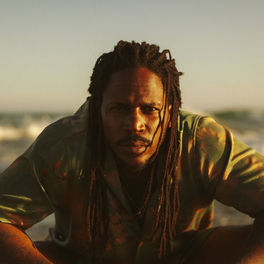 The R&B artist Sir Darryl Farris (known simply as SiR) was born in Inglewood, California in 1986 and grew up in a musical family surrounded by gospel singers. After completing his formal education he graduated with a degree in recording arts and for the early part of his professional career worked behind the scenes as an engineer. During this period he also became involved in songwriting and after working with Anita Baker went on to co-write material for Stevie Wonder, Jill Scott and Ginuwine.

His debut album 'Seven Sundays' was released in 2015 but it wasn't until the following year when Farris released an EP titled 'HER' that his career as a solo artist began to take off. The EP featured a guest appearance by the rapper Big K.R.I.T. on the track 'Cadillac Dreams' and the success of the recording resulted in a deal with Anthony Tiffith's Top Dawg Entertainment.

In 2018 Farris released the critically-acclaimed 'November' album followed by 'Chasing Summer' in 2019 which featured the lead single 'Hair Down' with a guest appearance by hip-hop legend Kendrick Lamar.