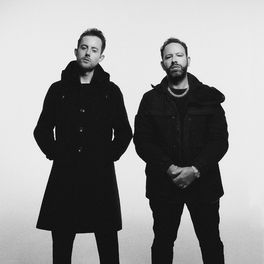 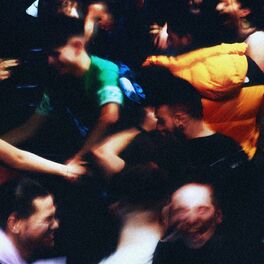 Club heroes Chase and Status (Saul Milton and Will Kennard) established themselves as among Britain's hottest and most influential DJs, hitting the top of the dance and club charts in 2008 with 'Take Me Away'. They first came to widespread attention re-mixing the Capleton dancehall track 'Who Dem' - re-titled 'Duppy Man'- a hit in 2005. Their inventive dub-step productions won them plenty of airplay and some high-profile admirers - including Jay-Z, Snoop Dogg, Pendulum and Skream - as they produced major dance singles 'Hurt You'/'Sell Me Your Soul', 'Take Me Away'/'Judgement (Informer)', 'Pieces' featuring Plan B and sampling the Black Box classic 'Ride On Time', and 'Against All Odds' featuring Kano.

In 2008 they released their first album 'More Than Alot', which smashed into the UK Dance Chart at number two and also broke into the mainstream UK Albums Chart, enhancing their drum & bass roots with a more commercial sensibility. One of the tracks, 'Eastern Jam', was later remixed with Snoop Dogg, resulting in the single 'Snoop Dogg Millionaire'. Other guest vocalists on the album include Takura, Yolanda, Five O, Digga, Nneka and Jenna G. In 2009 the duo had their biggest mainstream hit single with 'End Credits', from the Michael Caine movie 'Harry Brown' and featuring Plan B. It reached number nine in the UK Singles Chart and they followed it with two more hits, 'Let You Go' featuring Mali, and 'Hypest Hype' with Tempa T; both tracks from their second album 'No More Idols', released in 2011, which charted at number two in the UK Albums Chart.

'Brand New Machine' followed in 2013 with several festival headline appearances leading up to its release including Download, Roskilde, Reading and Leeds. The album went to number one in the UK Dance Albums Chart with a number two position in the mainstream UK Albums Chart. In 2015, while writing and recording their next album, they remained active in the charts by releasing a new track each week; this was released as a limited edition 12" vinyl for Record Store Day 2016. Their album, 'Tribe', came out in 2017 and featured collaborations with Emeli Sandé and Craig David. Critics noted that the album took Chase and Status back to their drum & bass roots with elements of rock, garage and punk.