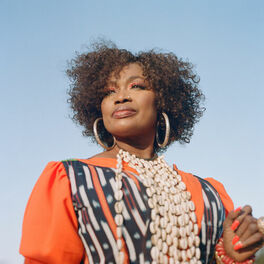 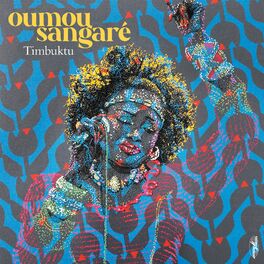 BRIGHT MUSIC FOR DARK TIMES BY ELA MINUS

Africa to the World

Known as the 'Songbird of Wassoulou', Malian singer Oumou Sangaré has been a fearless advocate for social change, a successful business woman and one of Africa's great modern divas, while staying true to the roots and traditions of her ancestors' music. Her parents came from small villages in West Africa and settled in capital city Bamako in the 1960s, but her father abandoned her and her mother and fled to the Ivory Coast with his second wife. Her mother earned money singing at local gatherings and ceremonies, but young Oumou quickly became the bigger attraction and at just five-years-old she performed to more than 6,000 people at the Omnisport Stadium.

By 16 she was touring Europe as part of the percussion group Djoliba, and she returned to create her own take on Wassalou music and record her debut solo album 'Moussoulou' with producer Ibrahima Sylla in 1989. It became a huge hit in Mali and was released globally by World Circuit Records, with her signature single 'Diaraby Nene' selling more than 250,000 copies, before she developed a more outspoken voice on follow-up 'Ko Sira' and sang about issues such as polygomy, arranged marriage and women's rights.

She toured the world playing with Femi Kuti, Baaba Maal and Alicia Keys and was awarded the UNESCO International Music Prize, but at her peak in the mid-90s she stepped away from music and set up a hotel and a farm in Mali and began importing cars from China. She returned to music with the Grammy-nominated 'Seya' in 2009 and, remaining an important and influential figure in Malian music, was back in 2017 to release a brand new album, 'Mogoya', which was acclaimed for its challenging nature while remaining true to her roots.