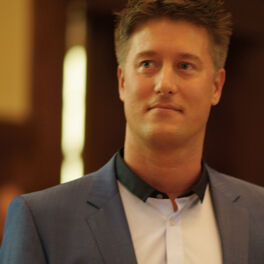 Lars David Kellner's CD recordings include a number of bravura pieces for piano literature: Modest Mussorgsky's Pictures at an Exhibition is one of them (published 2010), as well as sonatas and ballads by Sergei Rachmaninoff or Frédérik Chopin (2008). However, Kellner sees himself not only as a virtuoso pianist, but rather as a (keyboard) artist in a broader sense: in addition to the piano, the harmonium has been of special importance to him for some years now. With many premiere recordings he is making an active contribution to the revitalization of this special keyboard instrument. The artist's latest album with solo works by Franz Liszt, which was released in 2020 on renowned audiophile portals, is recorded on a harmonium from Kellner's instrument collection. Kellner puts great importance to bringing his audience closer to lesser known compositions for unusual keyboard instruments in their very own sound language. It is of utmost importance for the artist to penetrate musical works comprehensively. After meticulous study of the sources, Kellner recorded the complete piano works by Leoš Janáček in their earliest version. The publication of these sound recordings, new to the world of music, caused an international sensation: ‘He posseses a full-bodied and rounded sound and solid technique, making the hardest passages sound easy. (...) His freedom with the music (...) is exceptional’ (Fanfare Mag, 8/2014). Kellner's Mussorgski album with recordings on the Horowitz grand piano was also highly acclaimed in the American Record Guide: ‘Kellner (...) finds the inner voices and deals effectively with contrasts. He reminds me of Ashkenazy’ (ARG, 12/2011). The complete Pictures at an Exhibition were premiered by Kellner in their first version (2011). His piano recitals (e.g. at the Gasteig München) and concerts with harmonium and celesta were well received by the audience and caused wide media coverage. Since the foundation of tastenReich® (2017) Lars David Kellner's chamber music collaboration with artists such as Jürgen Geiger, Anastasia Sobyanina and other keyboard virtuosos has intensified. His love for romantic songs led to intensive concert activity with singers like Susanna Proskura or Marina Ushchapovskaya. Lars David Kellner adapted the Russian lyrics of Rachmaninoff's fourteen "Lieder ohne Opuszahl" into German, in order to bring them closer to the local audience. They were published by Sikorski Musikverlage Hamburg in 2015. Lars David Kellner, born in 1973 in Weiden/Germany, is a pianist with multiple diplomas from the Munich Academy of Music (2001) and lives in Bavaria. His musical education was accompanied by Franz Ondrušek, Erich Appel and Karl-Hermann Mrongovius. He received artistic inspiration from Eckart Besch, Klaus Schilde and Elza Kolodin at international master classes. Kellner is a member of the German Liszt Society, the Karg-Elert Society and is on the board of the Friends of the Weiden Max-Reger-Tage.