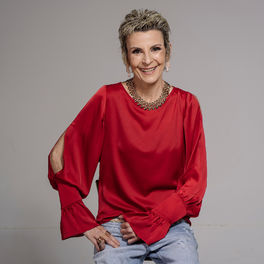 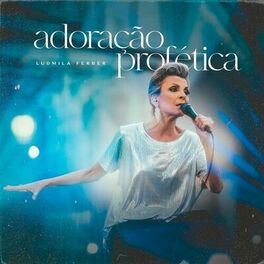 Ludmila Múrias Ferber Lino (August 8, 1965) is a Brazilian singer-songwriter and pastor who performed in the Christian worship music genre. Born in Rio de Janeiro into a family of Russian Jewish descent, she became an evangelical after his father was cured of cancer. She began her music career in a church in the neighborhood of Botafogo and then moved to Goiânia with her husband in 1992, where she joined the Christian music act Koinonya. A few years later, she settled in Brasilia with the group and was ordained as a minister. Her studio debut, Marcas, came out in 1996 and instantly became a Brazilian gospel classic, earning Ludmila Ferber nationwide recognition among the evangelical community. Her career continued throughout the 90s with titles such as O Verdadeiro Amor (1998) and Deus é Bom Demais (2000), as well as the devotional albums O Coração de Quem Adora (2001), O Segredo de Ser Feliz (2002), and Ouço Deus Me Chamar (2004). In 2007, Ludmila Ferber participated in the compilation Minhas Canções na Voz dos Melhores Vol. 3 with a cover of R. R. Soares’ “Eu Te Escolhi como Vaso de Honra.” After two decades of unparalleled success, she signed a contract with Sony Music Brasil and returned with the full-length Um Novo Começo in 2019. It was her last album before succumbing to lung cancer on January 26, 2022, at the age of 56.