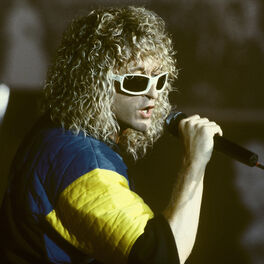 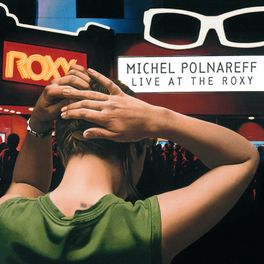 Live At The Roxy

French pop star Michel Polnareff was immensely popular in his homeland from the 1960s to the 1990s and he achieved some success in America with a couple of recordings in the charts. Known for his flamboyant stage personality, he wrote and recorded many French albums and singles and appeared in several feature films. His career has ebbed and flowed since then but he continues to perform and record. He wrote the score for Lamont Johnson's 1976 Hollywood movie 'Lipstick' starring Margaux Hemingway and his title song went to number 61 on the Billboard Hot 100. His self-titled 1975 album went to number 117 on the Billboard 200 in 1976 and a single from the album 'If You Only Believe (Jesus for Tonite)' reached number 41 on the Adult Contemporary Chart and number 48 on the Hot 100.

The son of musician Leib Polnareff and dancer Simone Lane, he was born in south-western France and learned to play piano as a child. After military service he spent some time busking in Paris with his guitar and won a songwriting contest. His recording of 'La Poupée Qui Fait Non' was an instant hit and he had many more over the coming years. He toured internationally and moved to the United States although he remained popular in France. He also wrote the music for films including 'It Only Happens to Others' (1971), 'The Glorious Musketeers' (1974) and 'La Vengeance du Serpent à Plumes' (1984). His 1990 album 'Kama-Sutra', featuring Mike Oldfield, brought renewed attention in France and in 1996 he released a concert album 'Live at the Roxy' with guitarist Dick Smith. 'Ze (RE) Tour' came out in 2007 and 'A l'Oympia' in 2016. 2018 saw the release of his tenth album 'Enfin!'