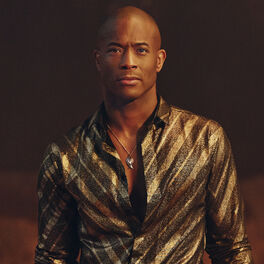 Into the Blue (The Todd Terry Mixes)

Into the Blue (4hero Remix)

In the Red Room (Special Edition)

In the Red Room

Windrush: A Celebration in Music by Anthony Joseph

Cut To The Chase

Powerful and passionate, smooth and rich, Shaun Escoffery’s superb soulful voice has been thrilling audiences in the West End since he was a teenager in Chaka Khan’s Mama, I Want to Sing. He was nominated for an Olivier for the Donmar Warehouse’s Parade, was the first black actor to play Enjoiras in Les Miserables and has been starring for twelve years as Mufasa in the Lion King.“I can’t remember a time when I wasn’t singing,” says Shaun who was born and brought up in East London. “From the beginning, it has always been the dream. Always. At home it was music, music, music - Mum was a singer and Dad wasa DJ with a vast vinyl collection-and I always got called up to do solo stuff at school. I began to start writing and recording with a mate, performing at church.My school report advised my parents to encourage me in music: “He’s got a wonderful voice and an aptitude for it.” He describes the dozen songs on his new album, ‘Strong Enough’–produced by Troy Miller (Gregory Porter, Rag'n'Bone Man, Amy Winehouse), with four songs produced by Peter Vettese (Pet Shop Boys, Carly Simon, Cher) – as soulful: “There’s a little bit folk, slightly rocky, blues, but the essence is soulful.” River, the first single, already sounds like a classic with his warm mature voice soaring as he sings of life’s struggles: “When you’re sinking, and reaching out, hopefully empowering yourself.”