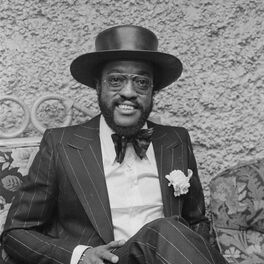 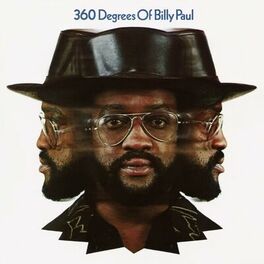 When Love Is New

Only The Strong Survive

Got My Head On Straight

Feelin' Good At The Cadillac Club

Me And Mrs. Jones: The Best Of Billy Paul

War of the Gods (Expanded Edition)

Feelin' Good at the Cadillac Club

Me and Mrs Jones

by Chico & The Gypsies

The Sound of Philadelphia

The Legacy of Soul

by Chico & The Gypsies

Let's Clean Up the Ghetto

by The Philadelphia International All-Stars

Fondly remembered for the one of the best-loved hits of all time Me & Mrs Jones, Billy Paul enjoyed a long and successful recording and touring career as one of Philly Soul's greatest heroes. Born and raised in Northern Philadelphia, he began his singing career at 12, appearing on local radio stations singing songs learned from his parents' record collection. He had vocal training at Granoff School of Music and, switching between rock, pop and soul ballads, he made his name on the Philly club circuit, going on to appear with some of the great music legends, including Dinah Washington, Nina Simone, Sammy Davis Jnr, Miles Davis, Charlie Parker, Roberta Flack and The Impressions. Signed by the legendary production duo Gamble & Huff, his first album was Feeling Good At The Cadillac Club before joining the famous Philadelphia International label to release his album Going East. However, it was his second album 360 Degrees Of Billy Paul which proved to be his big commercial breakthrough, with the heartfelt Me & Mrs Jones going to Number 1 in the US in 1972, selling 2 million copies, winning a Grammy Award and establishing him as a world star. He remained with Philadelphia International for eight years, including further hits with Let 'Em In, Your Song and Bring The Family Back - but never did anything else to match the commercial appeal of Me & Mrs Jones.