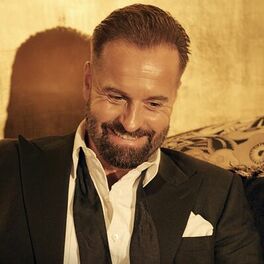 As Time Goes By

The Best of Robert Plant

The Very Best Of Karl Jenkins

A former trainee mechanic at a factory in Blackpool, Alfie Boe entertained his fellow workers with arias and show tunes and was overheard one day by a customer with connections to the music industry. The chance encounter led to Boe studying at the D'Oyly Carte Opera Company in London and then the Royal College of Music, before he landed the lead in Baz Lurhmann's Broadway production of La Boheme and won a Tony Award for his performance in 2003. His debut album, Classic FM Presents Alfie Boe (2006), reached Number 3 in the classical charts and he recorded a set of old Italian folk songs on La Passione (2007) before starring in a Les Miserables tribute concert at the O2 Arena. The tenor's collection of musical show tunes Bring Him Home (2010) brought his big commercial breakthrough, reaching Number 9 in the UK. Follow-ups Alfie (2011) and Storyteller (2012) also made the Top 10 as Boe went on to perform at the Diamond Jubilee Concert and work with Natasha Marsh, Kimberley Walsh and Gary Barlow. Artist biography compiled by BDS/West 10. All rights reserved