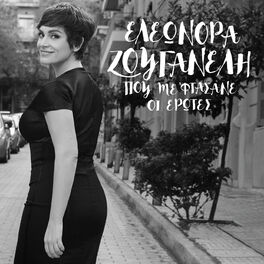 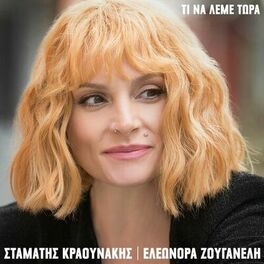 Pou Me Ftasane I Erotes

Αθήνα Μου - This is Athens

Greek singer-songwriter Eleonóra Zouganéli was born in Athens in 1983 into a show business family - her father is the well-known TV personality, comic and singer Yannis Zouganelis. With the encouragement of her family, Zouganéli began singing and acting from a very early age, making her professional debut at the age of 21. She made her recording debut in 2008 with the release of the album 'Exodus' which was followed-up by 'Exodus 2' in 2010. A year later she released a live double set of her critically-acclaimed concert at the Melína Mercoúri. By now she was an established figure in Greek popular music and took part in a series of performances with the Athen's Chamber Orchestra under the artistic direction of Michalis Kumbios.
After a brief diversion into acting (she appeared in the 2014 movie 'Apo Erota', written and directed by Thodoris Atheridis) Zouganéli resumed her musical career by releasing another live double-set followed by two studio albums released in 2015 and 2018 respectively.