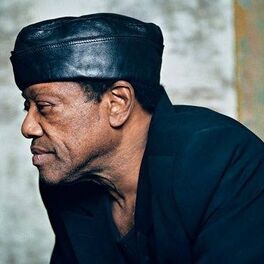 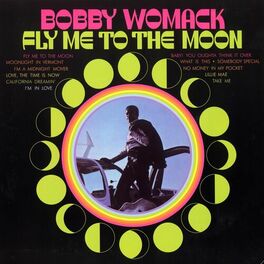 Fly Me To The Moon

by Bobby Womack, The Valentinos

It's All over Now (The SAR Singles)

by Bobby Womack, The Valentinos

It's Party Time : The 70s Collection

Home Is Where the Heart Is

by Bobby Womack, The Brotherhood

The Bravest Man In The Universe

The Very Best of Bobby Womack

by The Rolling Stones

Chess Sing A Song Of Soul 3

One of the sweetest soul voices of the 1970s, Bobby Womack purred his way into the hearts of The Rolling Stones, Stevie Wonder and Jodeci, before re-inventing himself as one of the lead vocalists in Damon Albarn's Gorillaz. Inspired by his strict, Christian father, Bobby and his four siblings formed the gospel group The Womack Brothers and toured with Sam Cooke, but were thrown out of the house when they turned to secular R&B and signed to Cooke's label SAR. The brothers renamed themselves The Valentinos and came to fame when The Rolling Stones covered their song It's All Over Now, before Bobby became an acclaimed session guitarist and songwriter for Wilson Pickett, Janis Joplin, Sly and the Family Stone and Aretha Franklin. He became a star to R&B audiences with his solo hits That's The Way I Feel About Cha, Harry Hippie and US Top 10 Lookin' For A Love and co-wrote Ronnie Wood's second album Now Look (1975). His fame gradually faded during the 1980s and 1990s. but Quentin Tarantino used his song Across 110th Street in the 1997 movie Jackie Brown and Woman was given a new lease of life when he joined Gorillaz for the album Plastic Beach (2010). He featured on the hit single Stylo and played a headline set with Gorillaz at the 2010 Glastonbury Festival.