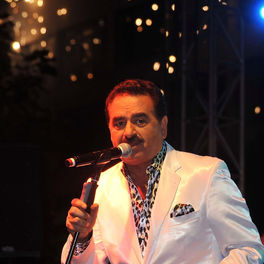 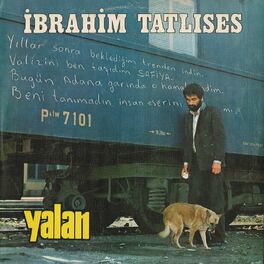 Ibrahim Tatlises is one of the most successful Arabesque singers in history, mixing Turkish folk music, dance beats, pop melodies, and bilingual lyrics into a unique and wildly popular hybrid. He was born in Urfa, Turkey, in 1952, to a homeless family of Arabic and Kurdish descent. Music proved to be a source of calm and joy during an otherwise impoverished childhood, and Ibrahim Tatlises — or "İbo" — began singing at local weddings as a teenager. His debut album, Kara Kız/Beni Yakma Gel Güzelim, was released independently in 1970, followed by Sevdim de Sevilmedim in 1974. Arriving one year later, Ayaginda Kandura helped turn Ibrahim Tatlises into a national treasure, sparking a long string of popular albums and, often, accompanying movies that highlighted his multi-faceted strengths as an entertainer. His career reached a new peak during the 1980s, when albums like 1983's Yalan, 1987's Allah Allah, and 1988's Kara Zindan were all cross-promoted by movies that also starred the larger-than-life vocalist. He began hosting his own television program, İbo Show, in 1993, and remained with the program through 2011. Meanwhile, Ibrahim Tatlises remained at the forefront of Turkey's pop scene with albums like 2007's Neden, 2009's Yağmurla Gelen Kadın, 2014's Tatlıses Klasiği, and 2021's Gelmesin.