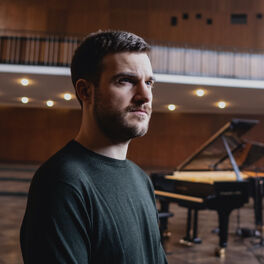 The place where they go (Munich Session)

I wanted you to know (Munich Session)

Carlos Cipa is a classically trained pianist, composer, and producer that made his mark on the modern classical world with his records The Monarch and the Viceroy (2012), All Your Life You Walk (2014), Retronyms (2019) and his latest album Correlations (on 11 pianos). Carlos Cipa bridges genres and merges what seems contradictory. In any case, his own life is characterised by breaks: From the age of six he worked towards a career as a classical pianist - until one day he discovered drums and needed to escape the classical world. He plunged into the vast world of music, played in rock bands, devoured ambient, pop, electronic music - and time and again classical music. While studying composition at the conservatory he quickly found himself constrained by restrictive conventions. Working in his own studio gives him the artistic freedom to overcome such boundaries and fuse indie, minimal music and avant-garde influences. He combines classical concepts with pop culture - without reservations or clichés. Besides his solo work he is a keen collaborator, creating music for film, TV, dance or theatre and released several EPs with other artists. Precisely because Carlos Cipa breaks apart conventional musical structures and constantly exploits unfamiliar sound worlds, his compositions and sound remain unique. With only a few notes he creates beautiful orchestral music - intimate and cinematic at once. He captures crowds of big festivals just the same as the audience of hundreds of clubs and concert halls all over Europe.