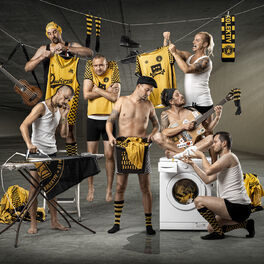 Music of Croatia - girls night out

No place for corona

Music of croatia - summer in the city

No One is Illegal

Once upon a time (2003) in a dubious corner of the world and a land called Bosnia, a group of friends decided to form a band. But this was no ordinary band, and they did not form under ordinary circumstances. True, along with local Balkan flavors, musical influences came from all over the world: ska, punk, reggae, electronic, hip-hop. Yet, there was no music industry, few concerts, and no space for cultural or political expression among the new crop of plugged in youth. In fact, the entire region was reeling from a deep moral and economic post-war stagnation. It was from this environment that Dubioza Kolektiv was born, and not quietly, but kicking and screaming, presenting no-go topics front and center, and demanding to be heard. In doing so, they created a phenomenon. Over the years, Dubioza Kolektiv became the biggest band in the Balkans, with sold out shows in venues with 12,000+ capacity in Zagreb, Belgrade, Ljubljana, Pula, Rijeka, Sarajevo, Sofia, etc. Besides the Balkan region, they played sold out shows in USA, Canada, and all across Europe: London, Amsterdam, Berlin, Dublin, Budapest, Oslo, Prague, Madrid… Band also performed at major European festivals, such are Glastonbury, Roskilde, Lollapalooza, Boomtown Fair and so many more. They toured and continue touring tirelessly, having over 100 shows per year. Audiences across the world recognized them as a must see live act.