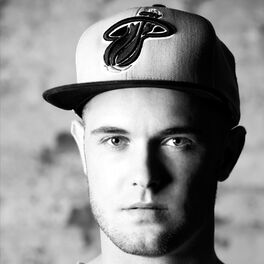 Traxamillion Presents: It Was a Hot Summer

Hurry Up and Buy

by Joybell & One Way, JOYBELL, One Way

Ziggy Kuijlaars, better known as ZIGGY has been involved with music ever since he was born. While growing up he has played in several bands till the age of 16. ZIGGY discovered his love for DJ'ing at the age of 17 when a friend asked him to perform a DJ-set at a party! Performing at birthday parties and school parties left him craving for more. ZIGGY’s tracks are supported by the big boys in the scene, opening for superstar deejays like Tiësto, Chuckie and Marco V at one of Holland's biggest indoor events called "Evolution". Also recognised as upcoming talent by deejays nr.1 electronic equipment distributor, ZIGGY won 2009’s Pioneer Pro DJ Contest. Now ZIGGY is rocking all big clubs in Holland and has left his musical footprint abroad in countries like Aruba, Sweden, Austria, Germany, Czech Republic, Portugal, United States, Spain and Curacao. DJing is just one of his talents, put ZIGGY in a studio and just let the talent do its work. Starting off with major support for his "Lil’ wayne - A Milli" Bootleg which was supported by the likes of Bingo Players and Vato Gonzalez. ZIGGY's producing skills only kept on improving and his productions are receiving support by jocks like Afrojack, Martin Solveig, Armin van Buuren, Thomas Gold, Axwell, Hardwell, Tiësto, Laidback Luke and others. ZIGGY was asked to produce official remixes for Martin Solveig, Timbaland and Chris Brown for instance. After signing with Spinnin' Records, his inaugural release 'Cosmic' has been destroying the Beatport chart for weeks. His collaboration with Dustin Lenji ‘Shivers’ received great reviews. Shifting towards a more Dubstep oriented repertoire his latest offering on Spinnin’ goes by the name of ‘Orbit’, which reached the top 10 of Beatport’s Dubstep top 100.