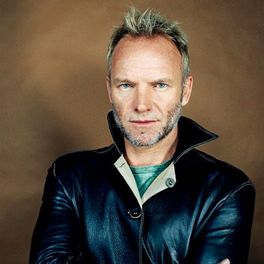 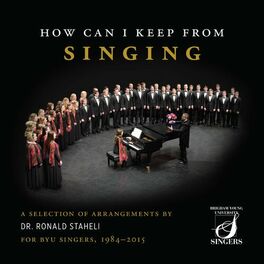 How Can I Keep from Singing: A Selection of Arrangements by Dr. Ronald Staheli for BYU Singers, 1984-2015 (Live)

The Very Best Of Sting And The Police

by Sting, The Police

The Dream Of The Blue Turtles

Bring On The Night (Live)

The Best Of 25 Years (Deluxe Edition)

If On A Winter's Night

If I Ever Lose My Faith (Erick Morillo Remix)

by The Scumfrog, Sting

Sheryl: Music From The Feature Documentary

Sting, born Gordon Sumner on October
2, 1951 in Wallsend, England, formed The Police in 1977 and enjoyed success up
to their split in 1983. He had to wait until 1985 before he released his first
solo album Dream of the Blue Turtles, bringing in a number of noted jazz
musicians on tracks like “Moon Over Bourbon Street”. The album went top 3
in both the UK and US, establishing Sting as a solo artist on both sides of the
Atlantic. 1987’s Nothing Like the Sun snagged a Grammy nomination for Album
of the Year, and featured introspective tracks like “An Englishman in New
York” and “Fragile”. He hit Number 1 in the UK with 1991’s The
Soul Cages, and enjoyed success with the more uplifting Ten
Summoner's Tales in 1993 which included two of his best-known singles, “If
I Ever Lose My Faith in You” and “Fields of Gold”. Sting continued
to release pop-oriented fare with 1996's Mercury Falling and 1999's Brand
New Day. The less conventional Sacred Love came in 2003 along with a
brief reunion with The Police before his lute-inspired If On a Winter's Day
in 2009. In 2010 he embarked on his Symphonicity Tour performing songs from his
extensive catalogue with the Royal Philharmonic Concert Orchestra around the
world. The tour was turned into a studio album which charted at Number 6 on the
Billboard 200. While touring and performing with other artists, Sting began
working on a stage musical loosely based on his childhood and upbringing in the
north of England. The Last Ship tells the story of the shipbuilding
industry in the town of Wallsend where Sting grew up watching the workers walk
back and forth to work. The musical debuted in Chicago before moving to
Broadway in 2014. He released an album of the play's music also titled The
Last Ship before bringing it back to its roots performing at Northern Stage
in Newcastle Upon Tyne in 2018. 2016’s 57th & 9th
became his ninth top 10 LP in the US. In 2019 he reinterpreted many of his
songs for the album My Songs. 2021 saw the release of Duets, a
collection of collaborations from throughout his career that included one new
song, “September”, which he recorded with Italian singer Zucchero.