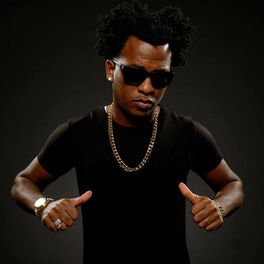 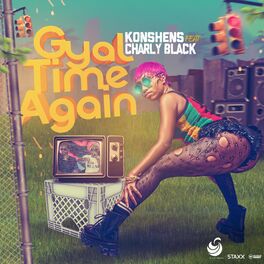 Gyal You A Party Animal

You Are My One And Only

Till We Fall In Love

That Gyal Is a Winner

Charly Black (born on April 6, 1980), also known as Charly Blacks, is a dancehall star from Rio Bueno in Jamaica. Under the previous name of Tony Mentol, Black made his musical debut as a teenager with 2004 single “Woman is You”, also turning heads with a series of well-received riddims. The singjay and selector recorded projects for various labels, with notable singles including “Buddy Buddy” (2008), “Rich This Year” (2009), "Whine & Kotch" (2012) and "Bike Back" (2014). In 2014, Black recorded his now flagship single “Gyal You A Party Animal”, known at the time as “Party Animal”. Based on Kurt Riley’s "Jambe-An Riddim", the track found success at home in Jamaica and across South America. It was licensed worldwide in 2016 and became a global hit. 2016 also saw the release of “Pa Que Me Invitan", a collaboration with Jencarlos Canela, which reached the Top 40 on the Billboard chart. In 2017, Black joined forces with Ishwana and Shaq Royal for the Sexy Ting Riddim EP. “Gyal You A Party Animal” was certified Gold by the Recording Industry Association of America (RIAA) in 2019. In 2020, Black dropped the single “Sidung”.