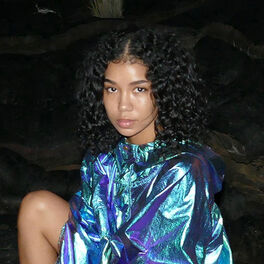 None Of Your Concern

The Transition of Mali

The R&B singer Jhené Aiko rose to prominence as a teenager when she sang and made video appearances with the band B2K. She was subsequently signed to Sony Music as a solo artist when she was only 15-years-old.

Aiko recorded what was intended to be her debut album for Sony titled 'My Name Is Jhené' but as the release date loomed Aiko had second thoughts about her musical career and asked to be released from her contract so that she could continue with her education. The label acquiesced to her wishes and the album was never released.

Aiko was a supporting act for Lana Del Rey and Beyoncé & Jay-Z in 2018 and has also supported artists such as J. Cole, Drake, The Weeknd and Snoop Dogg & Wiz Khalifa over the years. In 2019, she returned with single 'Triggered (freestyle)' with her next studio album due in the same year.