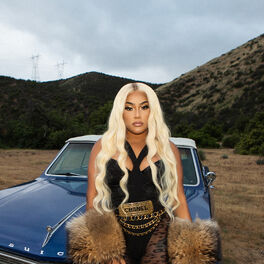 by Stefflon Don, Midas the Jagaban

by Miraa May, Stefflon Don

Over You (Beenie Man Remix)

Stephanie Victoria Allen, aka Stefflon Don, is an English hip-hop performer who started out recording covers, releasing a mixtape titled 'Real Ting' in 2016. She features with Demi Lovato on Jax Jones's 'Instruction' (2017) which reached number 13 on the UK Singles Chart and number 22 on Billboard's Hot Dance/Electronic Songs Chart. Her 2017 single 'Hurtin' Me' with French Montana, from the EP of the same name, peaked at number seven in the UK. She features with Big Sean on Halsey's 'Alone' (2018) which went to number 15 on the Dance/Mix Show Airplay Chart. Her second mixtape, 'Secure', came out in 2018 and her 2019 schedule included appearances at venues in London, Leeds, Glasgow, Norwich, Birmingham, Cardiff and Manchester with shows set for the Wireless and Reading festivals.